“Old age isn’t a battle: old age is a massacre.”
So said Philip Roth, but Leonard Cohen is not about to concede defeat.
There was something graceful and defiant about that magisterial voice, the dancing, the sexual posturing.
He made every song, even the ones that referred to the inevitability of death and decay, boom out through the HP Pavillion last night, and when he blessed the audience at the end, hoping for safety and peace for those with families, and those who found themselves alone, he added a lovely touch of high holidays to the proceedings.
The man is 78, and he often referred to his advanced years in a funny, rueful way:
My friends are gone
And my hair is grey
I ache in the places where I used to play. 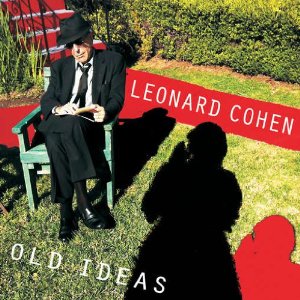 And yet he addressed the audience, sang his songs and recited “A Thousand Kisses Deep” with such vigor and authority that I expected him keep going all night long.  When he announced, with apparent sadness in his voice, “we’re running up against a curfew,” it was 11:30 p.m., and he showed no sign of flagging.  “Lazy Bastard In A Suit”? Hardly.
His set took the audience on a 45-year journey from the “Songs of Leonard Cohen”  in 1967 to his current status as the “poet laureate of pessimism.” The set  included a stomping, jaw-harp-driven rendition of “Democracy,” and a rendition of “Hallelujah” that left a woman sitting to the left of me in tears. And he didn’t just sing these songs. He sang them while dancing, he sang them on his knees, he sang them with his hat to his chest. After watching him perform (but not in this order) “Dance Me To The End of Love,”  “In My Secret Life,” “Famous Blue Raincoat,” “Suzanne,”  “Sisters of Mercy,” “Tower of Song,” “The Future,” “Bird on a Wire,” Who By Fire,” “I’m Your Man,” “Everybody Knows” and several others, I kept expecting his focus to drift. Never happened, although it must be said that this intense performance left his vocals a little bit wobbly by the time he launched into the encore of “So Long Marianne” and the set closer, the Drifters’ “Save the Last Dance For Me.”  I find something so comforting in that impossibly low voice. Cohen must be aware of his oversize reputation, and he took the air out of it from time to time on purpose with his cheeky references to his “golden voice,” and his gently sardonic response when the audience roared its approval for his hesitant, touch-type-style keyboard flourishes on “Tower of Song.”
He’s like that cool grandfather we all want to visit, the one who secludes himself for long stretches of time, then gives you all his attention when you finally see him, hands you souvenirs from his travels, and tells you only the best stories when you get together.
And it looks like we might see him again very soon?
“I suppose we will meet again sometime,” said Cohen, who assured that he would “keep doing this” (touring the world) for at least a couple more years.
http://cactuseaters.blogspot.com/feeds/posts/default