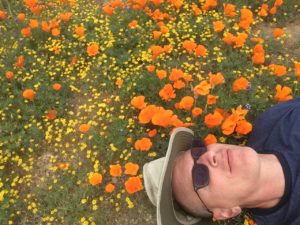 Dan White is the author of The Cactus Eaters: How I Lost My Mind and Almost Found Myself on the Pacific Crest Trail (Harper Collins), an NCIBA bestseller and Los Angeles Times “Discovery” selection, and Under The Stars: How America Fell In Love With Camping (Henry Holt & Co.), which Cheryl Strayed described as “the definitive book on camping in America.”  His writing has been published in the New York Times, the Wall Street Journal, McSweeney’s Internet Tendency, Outside, Poets & Writers, Catamaran literary magazine and the Washington Post. He has an MFA in nonfiction from Columbia University, where he was a Dean’s Fellow and taught in the Undergraduate Writing Program. Dan was a Steinbeck Fellow at the Martha Heasley Cox Center for Steinbeck Studies at San Jose State University. He has taught writing at Columbia University and San Jose State. Before pursuing his MFA, he worked as the city reporter for the Santa Cruz Sentinel. He lives in Santa Cruz, California with his wife and daughter. His email is dwhitescruz At yahoo.com. You can also find him on Twitter and Instagram.