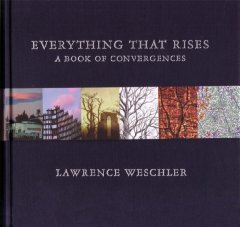 The other day I had an hourlong phone conversation with one of my favorite creative nonfiction authors, Lawrence Weschler. We talked about everything from the “uncanny valley” of digital animation to the grisly fate of the legendary Cameroonian stink ant (see above) and the creative interplay between the artists Robert Irwin and David Hockney. It felt more like a real conversation than an interview, and that’s what I liked about it. Anyhow, you’ll  get to read all about it in the upcoming issue of Catamaran. As a matter of fact, I just might publish a few outtakes from the talk (the original transcription came in at more than 6,000 words (!!) at some future date.  There were some gems that wound up in the cast-off box.  I don’t want to suppress them for too long.

In other news, I am taking a wilderness survival course this weekend at UCSC in preparation for a camping experiment. I am a bit nervous about it but the experiment must proceed.