I hope my upcoming book, Under The Stars: How America Fell In Love With Camping, shines a light on some forgotten heroes of the backcountry, including the eccentric and swashbuckling Kate Field, who fought for your right to camp. She dared to go camping with a group of like-minded adventurous women at a time when many men sneered at the idea of ladies taking part in this ‘un-lady-like activity.” In 1869 she and her girlfriends ventured out into the Adirondacks of upstate New York. She snickered at male critics who predicted she and her pals would die out there in the forest. Instead, they breathed in the invigorating dry air, “redolent of balsam,” stomped through the mud, gazed out over the still waters, and gorged on fish and fresh venison, at a time when “respectable” ladies were being asked not to overexert themselves, less they strain their “delicate” constitutions. “There are those in our camp who average a gain of four pounds a week, and whose appetites, in spite of mosquitoes, beggar description,” Field wrote. 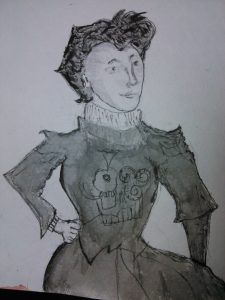 You can keep your fainting couches, your velveteen settees, your stifling Victorian parlors. Field broke away from convention, headed into the woods, and urged other American women to do the same.

You can read more about Field and her “Wild” comrades in Under The Stars.