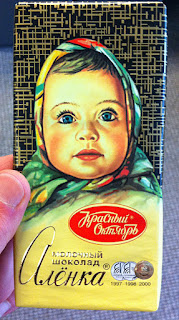 OK, both of you. First of all, it was nice to see you last week, and second of all, here are some good books to read. Get your hands on Elif Batuman’s hilarious, startling and clever book The Possessed, about freaks like me who can’t get enough of Russian literature. She is always so funny and surprising. I once sent her a fan letter and got a nice response. You’re 11 years too late to celebrate the book’s sesquicentennial; still, this is as good a time as any to conquer Moby Dick if you haven’t already, and if you can, get your hands on the Arion version, which is beautifully illustrated and has a nice big font size for nearsighted folks like me. Don’t listen to all those people who make it seem as if reading this book is like taking a daily dose of codfish liver oil. The book has marvelous pacing and, for the post part, it rollicks along. The digressions – some of them pure journalism, some of them pure fantasy — enrich the story, and have a metaphorical power that keeps building right up to the book’s abrupt ending. I just finished reading it and I’m glad I waited. I’d heard so many horror stories about this long, fishy tale that I wasn’t prepared for Melville’s wry, self-effacing humor and the endearing jokiness. (Melville darkens the mood and eases up on the jokes as the Pequod begins its final pursuit of the treacherous Dick.) As a treat, I’m going to read Nathaniel Philbrick’s book about Moby Dick afterwards. Another book I read for the first time ever: the Pevear-Volokhonsky translation of Anna Karenina. Read it, but it will ruin you. No other book is better than this. I should also point out that this translation is excellent. A great translation makes a big difference. If you don’t believe me, check out the clunky, grinding translation that is available for free on the Amazon Kindle. I agree with those who say the Levin scenes in the country side were not quite as interesting as the rest of the book, but I think they place the book a different register and help balance out the domestic misery/horse racing/adultery scenes. You will also enjoy the hilarious Pevear-Volokhonsky translation of Dead Souls by Nikolai Gogol, though I was mightily confused about the missing chunks in book two. (Initially, I did not realize that part of the manuscript was lost to time.) As part of my job, I am just about to interview (I hope!) an extremely successful production designer for the movies. To prepare, I am reading an interesting book called Ken Adams, the Art of Production Design, about the man who, among other things created the sets seven classic James Bond flicks and the war room in Kubrick’s Dr. Strangelove. Lately, I can’t get enough of the criticism and essays of the late John Updike, whose books, Just Looking and Still Looking are like taking a stroll through a museum with a funny, self-effacing and extremely learned amateur (and I mean amateur in the best sense of the word!) And finally, you should get your hands on Eleanor Henderson’s 10,000 Saints which is so full of surprises that I don’t want to ruin anything, even by giving you a plot synopsis. Just get a hold of it as soon as you can. That’s all for now.